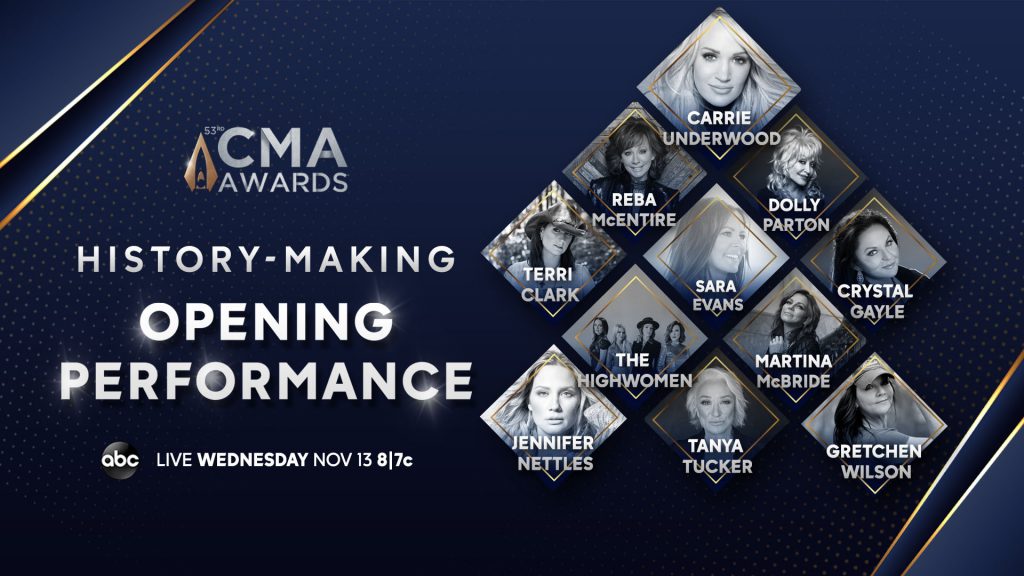 Country Music’s Biggest Night™ will also see Kelsea Ballerini, Lindsay Ell, Little Big Town, Maddie & Tae, Ashley McBryde, Carly Pearce and Runaway June join together for an epic performance of a recent CMA Song of the Year and CMA Single of the Year for what’s sure to be one of the night’s most talked-about performances.