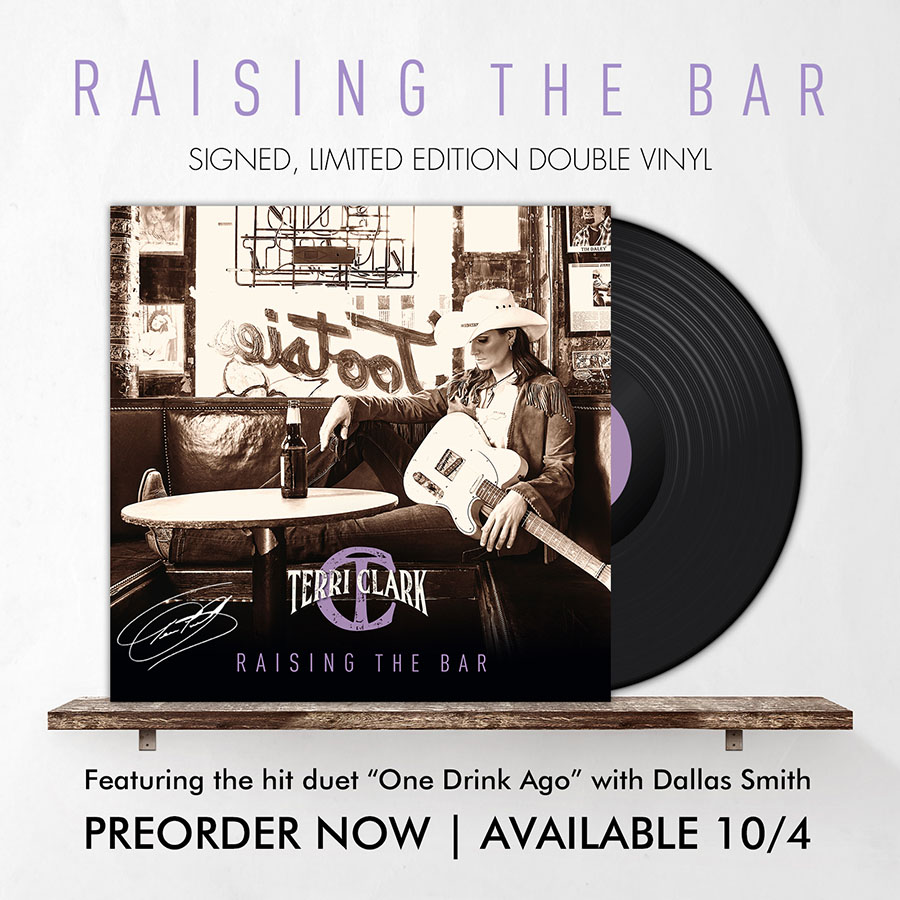 We are excited to announce that Terri Clark will be “Raising The Bar” for this year’s Opry Birthday Bash Oct. 4 – 5. On Friday, October 4th Terri is releasing a limited edition, double vinyl of her latest studio album, ‘Raising The Bar’ which includes the hit duet with Dallas Smith “One Drink Ago.” The next day, Saturday, October 5th, she’ll headline the Opry’s special birthday concert and appear on two Opry Birthday Bash shows.

Birthday concert tickets go on sale at 10:00 am Thursday, June 20th. Fans can also pre-order the “Raising The Bar” double vinyl beginning Thursday to secure one of a limited number of vouchers for an in-person album signing following the October 5 concert.

For fans unable to come to the event in person, the vinyl can be pre-ordered now.