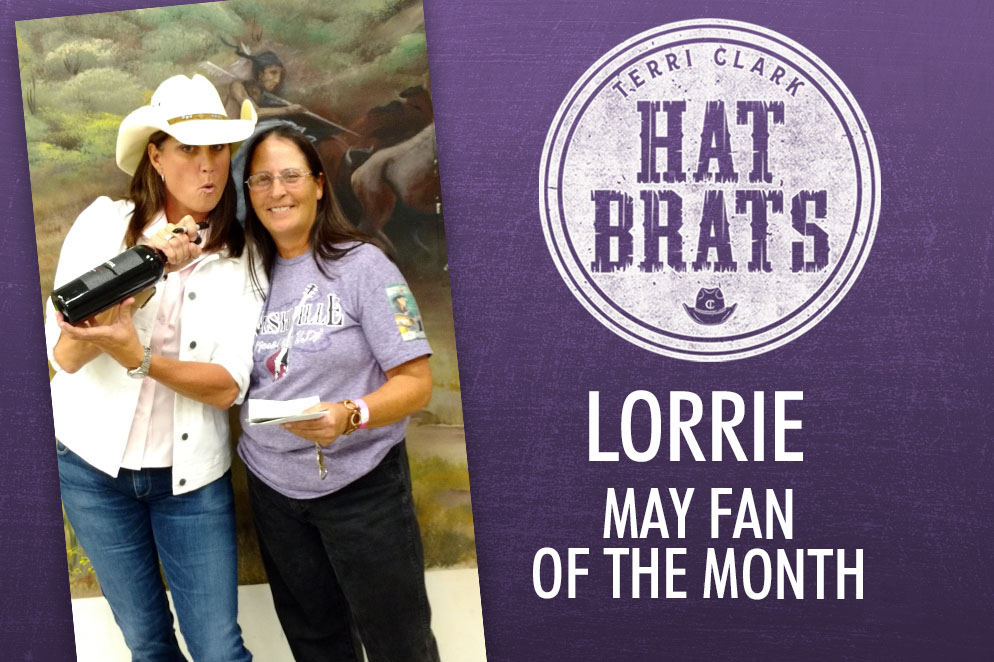 May Fan of the Month

[vc_row row_type=”row” use_row_as_full_screen_section=”no” type=”full_width” text_align=”left” box_shadow_on_row=”no”][vc_column][vc_column_text]Congratulations to Lorrie, our May Fan of the Month!

My first M&G was in Sioux City, IA. While standing in line to meet Terri, I met a group that call themselves the “Turnt Crew” (Abby, Holly, Amy, Shannon, Elaina & Ace). They showed me the ins & outs of a Terri Clark meet & greet. Since then, we’ve met up at several venues to see Terri, along with my bestie Kelly. I’ve also met several other Hat Brats through the Crew & the Fan Club.

If you would like to be considered for June’s Fan of the Month, join the Terri Clark Hat Brats Club and submit your entry.