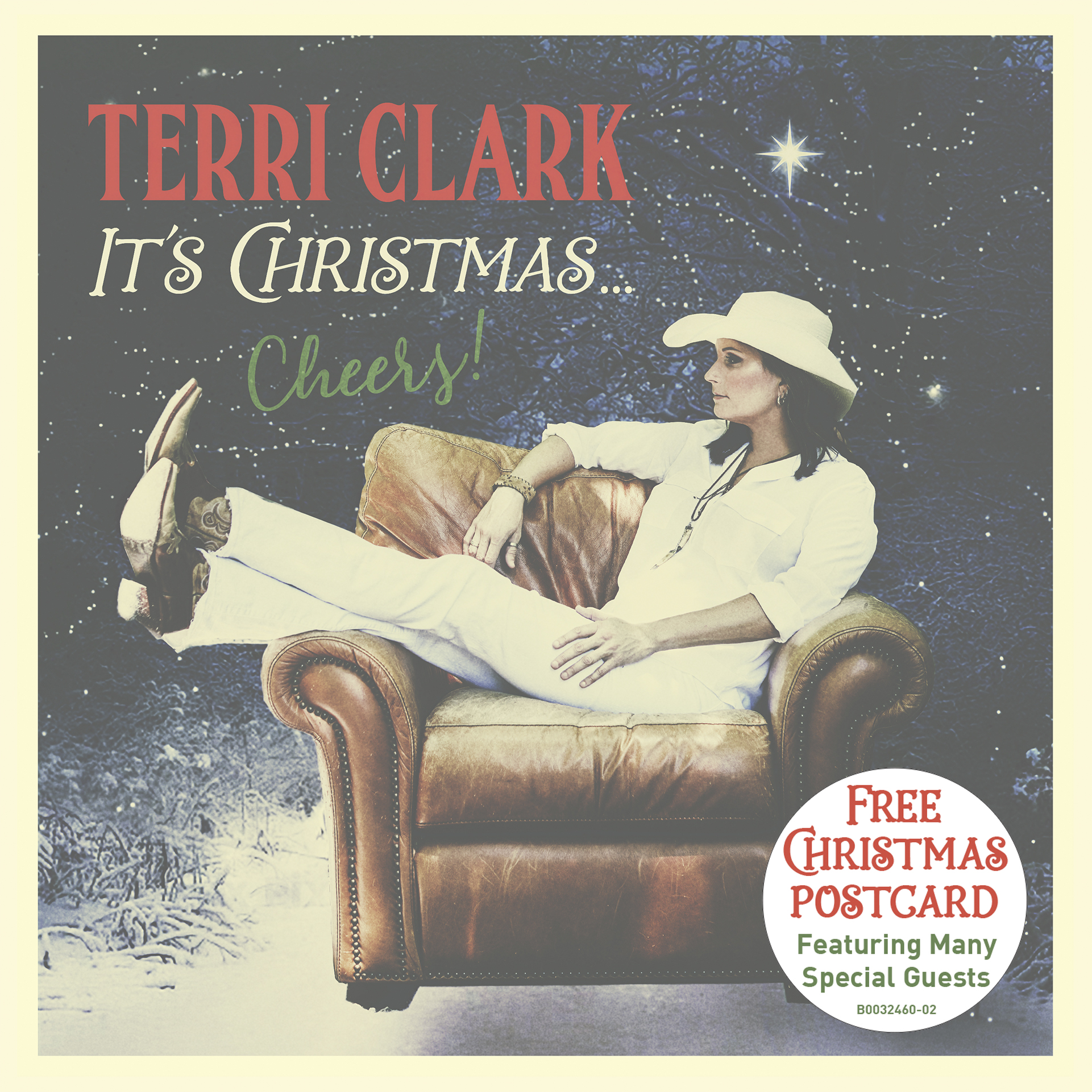 Terri Clark has announced she will be releasing her new album titled, It’s Christmas… Cheers! on September 25, 2020. Produced by Terri Clark herself, the album includes 10 songs and features musical guests Dierks Bentley, Vince Gill, Ricky Skaggs, The Oak Ridge Boys, Pam Tillis, and Suzy Bogguss – The Time Jumpers play on every track. Each album will come with a Christmas postcard and the LP will feature holly green vinyl. Pre-order the new album on vinyl, CD, or digital HERE and get exclusive bundles HERE.

It’s Christmas… Cheers! will mark Terri’s first new album to be released on Mercury Nashville in 15 years. When she finished this record after two years in the making, Terri felt Mercury Nashville would be the perfect home for the project, as Mercury was the first label she signed with when she was only 25 years old in the Fall of 1993.

Terri shares her excitement for her new album along with the talented artists she collaborated with stating, “I resisted making and releasing a Christmas album for many years even though I’m a big Christmas person and love the music of the season. It’s been done by the best in so many amazing ways and I wanted to wait until I felt I could make it special, be excited about it, and do it justice in my own way.  Having The Time Jumpers to collaborate with and the wonderful guest artists featured – it did just that.  I am eager for everyone to hear the record that was almost 2 years in the making but took 25 years to get around to.”