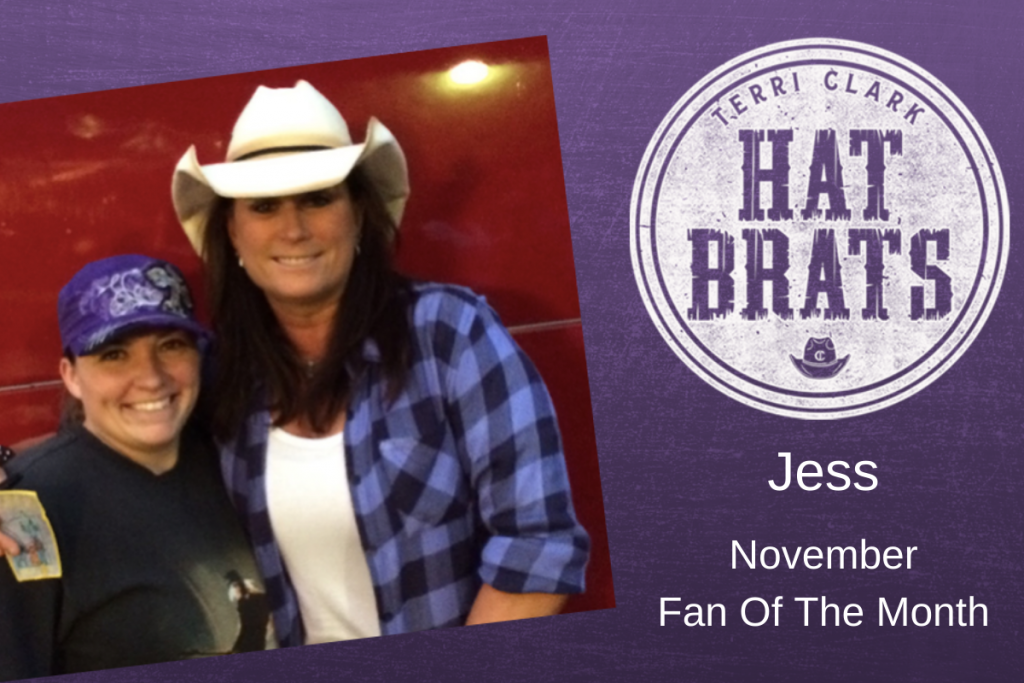 November Fan of the Month

I have several favorite TC memories. My favorite is the first time I saw Terri in concert. It was August 24,1997.  My mom took my sister and I to see Wynnona. Terri was the opening act. I was 12 (turning 13 in September). I had no idea who this Terri Clark person was.  I remember Terri’s energy on stage. During Wynonna’s set my sister and I walked to the merchandise stand. We passed a lady wearing a white cowboy hat and was the spitting image of Terri. My sister approached the lady and asked if she was indeed Terri Clark.  The lady denied being Terri and said she was a look a like. Once at the merchandise stand I selected an 8×10 of Terri sitting on a fence. 22 years later I will see Terri again at the MN State Fair.

Join the Hat Brats Club today and submit your entry to be considered our fan of the month for December.